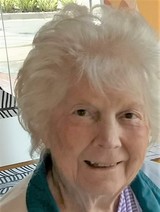 Memorial Candle Tribute From
Harmer Funeral Home, Inc.
"We are honored to provide this Book of Memories to the family."
View full message >>>
In Memory of
Gladys
Davis
1932 - 2019
Menu
Send Flowers 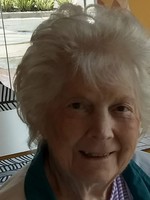 Gladys Davis, 86, of Panama City, Fl. went home to be with the Lord on Sunday February 17, 2019 at Gulf Coast Regional Medical Center. She was born in Robey Hollow, WV., on June 15, 1932, the daughter of the late James Lawson and Amelia Shreve Lawson. She was preceded in death by her husband Robert Davis, sisters Mary Bane, Lilly Harbert and Cora Gray and brother Floyd Lawson. She is survived by her son Gary (Linda) Davis and daughter Jeanette (Larry) Adkins. She is also survived by grandsons Michael (Robin) Davis, Marc (Dana) Davis, Chad (Shelley) Chess and granddaughter Charis Adkins Birnbaum, great grandchildren Ashlee Davis, Patrick Davis, Sidney Davis and Anna Chess, sisters Laura Knot, Gertrude Comte, and Emma Stackpole as well as many nieces and nephews.
Gladys was an active member of the Lumberport United Methodist Church for many years before moving to Ohio and then to Florida. She had professed salvation & followed in baptism.
Gladys retired from Lumberport Elementary School after 18 years of service as head cook/manager where she was much loved by the students who often called her "Cooker" instead of by name.
Gladys had many hobbies such as riding motorcycles with her husband, walking, reading, crocheting, working puzzles, playing cards, sketching & she loved to sing. She took great pleasure in caring for her family & cooking great meals. Usually when you walked in the house she wanted to know if you were hungry.
Because she cared so much for her family & worried about them traveling in the winter we felt it would be her wish to hold services at a later date. Harmer Funeral Home will transport her for burial in the Lumberport Lions Club Cemetery in Lumberport, WV, where she will be laid to rest beside her husband Robert.
Online memories and condolences may be shared at Harmerfuneralhome.com
A service of Harmer Funeral Home, Shinnston

To send flowers to the family or plant a tree in memory of Gladys Davis, please visit our Heartfelt Sympathies Store.