To share your memory on the wall of Melba Harmer, sign in using one of the following options:

Provide comfort for the family of Melba Harmer with a meaningful gesture of sympathy.

In lieu of flowers memorial contributions may be made to First United Methodist Church at 64 Rebecca St. Shinnston, WV 26431.
Online memories and condolences may be shared at www.harmerfuneralhome@gmail.com
A service of Harmer Funeral Home, Shinnston.
Read Less

We encourage you to share your most beloved memories of Melba here, so that the family and other loved ones can always see it. You can upload cherished photographs, or share your favorite stories, and can even comment on those shared by others.

Kara, Seth, Nora, and Will Tuttle and Paul Sayres & family have sent flowers to the family of Melba Jo Harmer.
Show you care by sending flowers

Posted Jun 02, 2019 at 04:12pm
Melba Jo was one of the famous East Shinnston Moms. She would do anything for you that your own mother did, anytime. I remember her buying whatever we were selling to support our groups, Scouts & 4-H, even if her own children were selling the same thing. You could always count on Melba Jo!
Love, Anne Leslie Hardesty Coleman
Comment Share
Share via:
A

Posted Jun 02, 2019 at 03:40pm
I couldn't begin to give a remembrance of Melba (and Dave) without mentioning one thing: LAUGHTER! My parents, Pat and Dick Windon, introduced these two beloved people, and they have been in my life forever. I send my great affection and support to Eve, Jay, Gwen, and Leslie. And my fondest memories to everyone in Shinnston. Fondly, Ann Windon Craver; husband, Rhodes, and son, John.
Comment Share
Share via:
TB

Kara, Seth, Nora, and Will Tuttle

Kara, Seth, Nora, and Will Tuttle purchased flowers for the family of Melba Harmer. Send Flowers 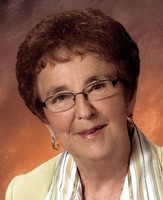