To share your memory on the wall of Gordon Swiger, sign in using one of the following options:

Provide comfort for the family of Gordon Swiger with a meaningful gesture of sympathy.

We encourage you to share your most beloved memories of Gordon here, so that the family and other loved ones can always see it. You can upload cherished photographs, or share your favorite stories, and can even comment on those shared by others.

Posted Jun 06, 2019 at 10:48am
Thinking of you in this difficult time. With our deepest sympathy, All of us at FVCbank

Peaceful White Lilies Basket was purchased for the family of Gordon Swiger.

Dominique & Bibiane Baptiste purchased the The FTD Eternal Affection Arrangement for the family of Gordon Swiger.

Posted Jun 05, 2019 at 01:17pm
Jocelyn & Family -
Please know that we are thinking of you during this very difficult time. May Gordon rest in peace. Sending lots of love your way. 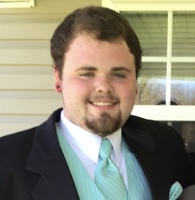