To share your memory on the wall of Bob Stark, sign in using one of the following options:

Provide comfort for the family of Bob Stark with a meaningful gesture of sympathy.

We encourage you to share your most beloved memories of Bob here, so that the family and other loved ones can always see it. You can upload cherished photographs, or share your favorite stories, and can even comment on those shared by others.

Richie & Sarah Nolan and Jim, Brenda and Daniel Raines have sent flowers to the family of Bob Stark.
Show you care by sending flowers

Posted Jun 19, 2019 at 04:40pm
Remembering you and "Bob Stark" in our minds and in our hearts. From all of us at Mountain State Hare Scramble.

Dreams from the Heart Bouquet was purchased for the family of Bob Stark. Send Flowers

Posted Jun 19, 2019 at 05:51am
Please accept our most heartfelt sympathies for your loss... Our thoughts are with you and your family during this difficult time.

Posted Jun 18, 2019 at 04:41pm
Bobby and family..... my heart is breaking for all of you. Please know that your EQT family loves you and you all are in our prayers. We are here for you so please let us know if there is anything we can do now or anytime. Love & hugs
Comment Share
Share via: 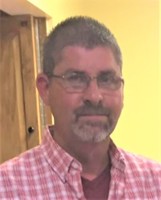