To share your memory on the wall of Frank Pulice, sign in using one of the following options:

Provide comfort for the family of Frank Pulice with a meaningful gesture of sympathy.

We encourage you to share your most beloved memories of Frank here, so that the family and other loved ones can always see it. You can upload cherished photographs, or share your favorite stories, and can even comment on those shared by others.

Posted Jul 30, 2019 at 07:36am
Frank was a great friend to my father Danny Mullenax at Harrison Power Station. I always enjoyed seeing Frank as I officiated many basketball games at Lincoln. He always had a kind word and lots of wisdom for everyone. God Bless him and his family.

Posted Jul 28, 2019 at 10:17am
If you knew my uncle Frank then there isn’t much to say about the type of man he was. To the Pulice family he was our matriarch, full of love and compassion for everyone he touched. From Philadelphia to California our hearts are broken but honored and fortunate to be part of this remarkable family.
Keep their memory alive.
Gratefully,
Cousins Carolyn, Carmine, Sofia, Amelia and Cristina
Comment Share
Share via:
HS

Flowers were purchased for the family of Frank Pulice. Send Flowers

Flowers were purchased for the family of Frank Pulice. Send Flowers 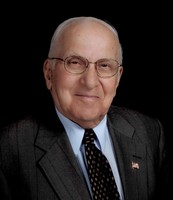