To share your memory on the wall of Lucille Willis, sign in using one of the following options:

Provide comfort for the family of Lucille Willis with a meaningful gesture of sympathy.

She married her Shinnston High School sweetheart, Glenn E. Willis in 1942. He was for most of his career a teacher of science at SHS and, later, the last principal of Victory High School in Clarksburg. He died in 2005 after a long illness, during which Lucille was his constant care giver. Until his death, they still held hands and stared with starry eyes at each other like teenagers.

Lucille came of age during the Great Depression. Finances were so tight that her family had to give up their home, and she went to live with her married sister, who was 17 years older. There was no money for her to go to college, so she worked for three years at Nela Long’s restaurant in Shinnston for $1.00 a day as well as at Johnson’s Pharmacy and the Telephone Company. She saved enough finally to go to Fairmont State College, from which she graduated with a B.A. in Social Studies and English.

During the Second World War, she worked as a riveter in an airplane factory in Akron, Ohio, and after the war, she and Glenn came back to live on a farm in Peora, near Shinnston. She taught at Wyatt Junior High until the birth of her daughter, Meredith Sue Willis. The family then moved into East Shinnston, and a few years later, Christine Lane Willis was born.

Lucille is survived by her daughters: Meredith Sue, a writer and Adjunct Assistant Professor of Creative Writing at New York University, and by Christine, an Expository Reading and Writing teacher and sometime psychology teacher at Arroyo Grande High School in California. Lucille is also survived by two sons-in-law, Andrew B. Weinberger and Goro Kato; as well as by two grandsons, Joel Howard Willis Weinberger and Alexander Benkei Kato-Willis; a granddaughter-in-law, Sarah Leah Weinberger; and two great-grandchildren, Shira Tova Weinberger and Eli Glenn Weinberger. Other survivors include Faye Beall, wife of her late nephew Harley Beall; their children Tamara, Erica, and Jeff; as well as two great nieces on Glenn’s side, Jodi Blair and Carter Owens.

In mid-life, Lucille did substitute teaching throughout Harrison County, and was an enthusiastic and quite talented amateur painter and member of the Dabblers, a painting club. She studied painting in San Miguel de Allende in Mexico, where she and Glenn spent winters for several years.

She was a caring and beloved neighbor in East Shinnston. She was a member of the First Baptist Church of Shinnston since 1932. She was active at church as a teacher of Sunday School and Bible School, and as a long-time member of the choir. She was also deeply spiritual, studying the King James translation of the Bible daily, and frequently doing research in the Interpreter’s Bible.

When she was 97, she moved to Brighton Gardens of Mountainside, NJ, an assisted living facility near Sue. For three years, she lifted the spirits of the other residents there with her jokes and smiles. To her great delight, Brighton Gardens also had three resident dogs to whom she often slipped illicit cookies.

Friends and family will be received at Harmer Funeral Home, 300 Pike Street, Shinnston, WV on Friday, October 25, 2019, from 4:00 PM to 8:00 PM. A funeral service will be conducted on Saturday, October 26, 2019 at 1:00 PM at Harmer Funeral Home with Pastor Kevin Nuzum officiating. In lieu of flowers contributions should go to The Lords Pantry at 77 Church Court, Shinnston, WV 26431.

Online memories and condolences may be shared at www.harmerfuneralhome@gmail.com
A service of Harmer Funeral Home, Shinnston.
Read Less

We encourage you to share your most beloved memories of Lucille here, so that the family and other loved ones can always see it. You can upload cherished photographs, or share your favorite stories, and can even comment on those shared by others.

Posted Oct 24, 2019 at 04:32pm
Meredith,
My deepest sympathy goes out to you and the family for the loss of your Mother. May you find comfort in the upcoming days here on earth knowing she is celebrating in Heaven with those that went before her. My Prayers are with you all.
Comment Share
Share via:
AF

Posted Oct 21, 2019 at 07:30pm
Please accept our most heartfelt sympathies for your loss... Our thoughts are with you and your family during this difficult time.

Achiwa Family purchased flowers for the family of Lucille Willis.

Was fun to be around
Collected rocks
Recycled Everything
Loved all dogs
Enjoyed everyone she met
Made each of us feel special
Made friends with every dog
Painted rocks
Loved to play Scrabble
Reused envelopes
Was devout
nick named herself 'Ole Loose Wheel
Was a vbs leader
Carried dog biscuits
Loved biscuits and gravy
Was a loving and kind soul
Loved Glenn, Chrissy, Sue
Harley, Family, Visitors, Hymns
comfortable clothing, laughter, surpises
An artist,
Sayings she used all the time:
Sit side me down, Mercy Mercy Mary Hersey, Whop ti doo I am an Indian, You old Stink pot.
Smiling, Fun,Silly,
Interested in you,
Sitting on the floor with or without kids
Always positive.
Loving, petting, sneaking food to dogs
Rug Cutter her dog
Tiny containers of food in your fridge.
Adventurous spirit (attended first soccer game at 96) rode motorcycle etc
Unchanging
Loved talking. Loved sweets
Often Humming (mostly hymns)
Loved Jesus
(From Harley's family)
Comment Share
Share via: 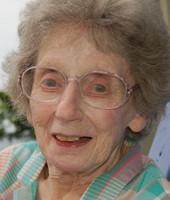