To share your memory on the wall of Darrell Gawthrop, sign in using one of the following options:

Print
Darrell Warren Gawthrop, 82, of the Laurel Park community passed away on Saturday, November 2nd at the United Hospital Center in Bridgeport following an extended illness.

Born May 28, 1937, he was the only son of Wilford and Murl (Davi... Read More
Darrell Warren Gawthrop, 82, of the Laurel Park community passed away on Saturday, November 2nd at the United Hospital Center in Bridgeport following an extended illness.

Born May 28, 1937, he was the only son of Wilford and Murl (Davisson) Gawthrop. He was the son of a teacher, farmer and oil and gas business owner, the grandson of an oil & gas entrepreneur, and the great-grandson of one of the area's most recognized oil and mining figures of the early 1900s.

Darrell was raised on Big Rock Camp Road in Sardis on his family’s 147-acre farm. His family eventually moved to Farland Street in Wilsonburg, after selling the farm following Darrell’s commitment to pursue a business degree. Just a few houses down lived his eventual wife, Margaret Joan Cleavenger.

Darrell graduated from Victory High School in Clarksburg in 1956 before earning his associate’s degree in accounting from West Virginia Junior College in 1959. He joined the United States Army in 1961 where he was a member of the US Military Police, serving two years in South Korea. It was there in South Korea where he purchased his engagement ring for his long-time girlfriend. Darrell proposed to Joan while home from active duty at the age of 25, and the two were married on February 26, 1963 in Winchester, Va. They moved to a home in Stealey, before building a house in their beloved Laurel Park community, where they resided for 45 years.

Darrell worked at the Workingman’s Store in downtown Clarksburg during college, and then a short stint at Sanders Motor Freight in Clarksburg. He then spent 27 years at Allegheny Freight Lines, before eventually retiring from the Harrison County Board of Education.

Darrell was a prior member of the Wilsonburg Baptist Church, and later attended Evangelical Congregational Church in Clarksburg.

Joan, his wife of 52 years, preceded him in passing nearly 4 years ago in 2015. He prayed every night that he would one day see her again.

He had a special appreciation for his and his wife’s long-time friend, Nina Adams, whose visits and company he looked forward to every week.

Darrell lived with full appreciation of life’s simplest gifts. He was a bright and genuine man whose every thought and action revolved around his small family, whom he was incredibly proud of. He will be remembered for his gentle soul and good heart.

In lieu of flowers, memorial donations can be made to the Pulmonary Fibrosis Foundation, 230 East Ohio Street, Suite 500, Chicago, Illinois 60611.

Friends will be received at Harmer Funeral Home, Shinnston from 2:00 PM to 4:00 PM and 6:00 PM to 8:00 PM on Wednesday November 6, 2019. A funeral service will be at the funeral home at 11:00 AM Thursday November 7, 2019 with Pastor Tom Sears officiating. Interment will follow at the Marshville Baptist Church Cemetery.
Online memories and condolences may be shared at www.harmerfuneralhome.com
A service of Harmer Funeral Home, Shinnston.
Read Less

We encourage you to share your most beloved memories of Darrell here, so that the family and other loved ones can always see it. You can upload cherished photographs, or share your favorite stories, and can even comment on those shared by others.

Posted Nov 06, 2019 at 10:02am
Dave & Family,
May the peace of God keep you and your family during this difficult time. My prayers are with you all.

Flowers were purchased for the family of Darrell Gawthrop. 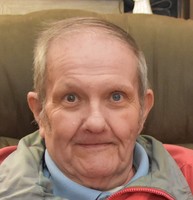