To share your memory on the wall of Clifford Martin, sign in using one of the following options:

To send flowers to the family or plant a tree in memory of Clifford Lee Martin, please visit our Heartfelt Sympathies Store.

We encourage you to share your most beloved memories of Clifford here, so that the family and other loved ones can always see it. You can upload cherished photographs, or share your favorite stories, and can even comment on those shared by others.

Posted Mar 07, 2020 at 05:14pm
A sad passing of a good friend and a fine man. So many good memories with Lee and Vivien. One just couldn't find better friends to enjoy and share life with. All the pain is gone now. Goodspeed, Lee.
Butch and Eleanor Janes
Comment Share
Share via:
MS

Posted Mar 06, 2020 at 01:16pm
Sending our deepest sympathies. We will to keep you in our thoughts and prayers. Sending you lots of love and hugs.

Posted Mar 06, 2020 at 08:44am
My condolences to the family. As the days and weeks pass by and you return to life’s routine may the God of all comfort (2cor1:3) along with the love and support help you to carry your grief with hope.
Comment Share
Share via:
LS 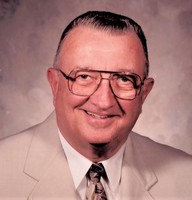