To share your memory on the wall of Donald Lanham, sign in using one of the following options:

Online memories and condolences may be shared at Harmerfuneralhome.com
A service of Harmer Funeral Home, Shinnston
Read Less

To send flowers to the family or plant a tree in memory of Donald B Lanham, please visit our Heartfelt Sympathies Store.

We encourage you to share your most beloved memories of Donald here, so that the family and other loved ones can always see it. You can upload cherished photographs, or share your favorite stories, and can even comment on those shared by others.

Your Debbie, Ron, Danica, Lindsey, Lashley, Ron, Love you bunches!! C and Robin, and other have sent flowers to the family of Donald B Lanham.
Show you care by sending flowers

Flowers were purchased for the family of Donald Lanham. Send Flowers

Posted Aug 19, 2020 at 02:21pm
My Poppa I miss you dearly. Thank you for always being there for me. I couldn't have asked for a better second Dad and Hey, I love you

Love you bunches!! C and Robin

Posted Aug 18, 2020 at 07:21pm
We love you Brandy! Big hugs and smooches are being sent to you clear from Charleston. How about these orange flowers!? Praying for everyone daily!

Love you bunches!! C and Robin purchased flowers for the family of Donald Lanham. Send Flowers

The Members of the Clarksburg APWU

Posted Aug 18, 2020 at 06:16pm
To the family of Brandy Lanhan - You're in our thoughts during this difficult times

The Members of the Clarksburg APWU purchased flowers for the family of Donald Lanham. Send Flowers 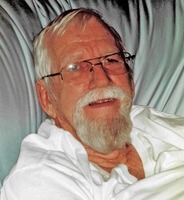