To share your memory on the wall of Charles Reynolds, sign in using one of the following options:

To send flowers to the family or plant a tree in memory of Charles W Reynolds III, please visit our Heartfelt Sympathies Store.

We encourage you to share your most beloved memories of Charles here, so that the family and other loved ones can always see it. You can upload cherished photographs, or share your favorite stories, and can even comment on those shared by others.

Jack and Sandy Dennison and Duffy Bowers sent flowers to the family of Charles W Reynolds III.
Show you care by sending flowers

Posted Nov 14, 2020 at 03:42pm
Netia, Chip and Don and all family members, I am so sorry to find out Butch had passed. My deepest sympathy to each and everyone of you. It seems like I have known Butch all my. He was so well known and loved by many many people. Where ever and whenever you were in his presence he brought a smile to your face like a beacon of sunshine. You could feel the goodness and love he had in his heart by a smile and a simple hello. God has truly gained an angel and though it is a loss for us, we can rest assured that we will see him again in heaven.
Comment Share
Share via:
DK

Posted Nov 13, 2020 at 11:05am
Sending our condolences to Butch’s family, he was a super nice guy. It was always a pleasure talking with him. We will keep you in our thoughts and prayers.
Kelly and Margalo Clayton
Comment Share
Share via:
AJ

Posted Nov 13, 2020 at 06:46am
Butch worked with me Austin jaggie and david winkler as Police officers back in the late 70s and earily 80s aways a great guy my condolences to his family. RIP old friend.
Comment Share
Share via:
BB

Posted Nov 12, 2020 at 11:32am
Neita, Chip, Donny and family, I was so saddened to hear of Butch’s passing! Butch was the most positive, uplifting person to be around. With our dads having H&R Motors together I was fortunate to have many, many, many great hours in Butch’s company. And Neita’s later with supper’s out when we came back to WV to visit. He had a wonderful, giving personality, never forgetting people and always helping any way he could! He will always be missed! Butch will always be in my heart, with years and years of great memories! Love, Bette-Jo (Hall) & Bill Bjerke
Comment Share
Share via:
JD 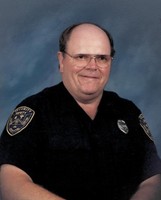