To share your memory on the wall of Billy Blair Bush, sign in using one of the following options:

Print
Bill Bush, 48, of Wallace passed away on Tuesday, December 15,2020 at Ruby Memorial Hospital after fighting a long battle of Non Hodgkin's Lymphoma. He was born on June 15, 1972 to the late William Bush and Ida Napier Bush.


Bill ... Read More
Bill Bush, 48, of Wallace passed away on Tuesday, December 15,2020 at Ruby Memorial Hospital after fighting a long battle of Non Hodgkin's Lymphoma. He was born on June 15, 1972 to the late William Bush and Ida Napier Bush.

Bill was preceded in death by his parents.

Bill was in the United States Marine Corp. for 4 year during Desert Storm and worked at MEC Construction for over 18 years, he was a member of the NRA and enjoyed guns, old trucks, listening to heavy metal music, drinking some Jim Beam and he had a passion for drawing as he was very artistic. Bill loved spending time with his family and friends; he adored his grandchildren and was a treasure to all that knew him.

Online memories and condolences may be shared at www.harmerfuneralhome.com
Read Less

To send flowers to the family or plant a tree in memory of Billy Blair Bush, please visit our Heartfelt Sympathies Store.

We encourage you to share your most beloved memories of Billy Blair here, so that the family and other loved ones can always see it. You can upload cherished photographs, or share your favorite stories, and can even comment on those shared by others.

Guaranteed hand delivery by a local florist
VS 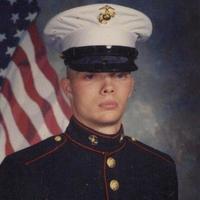